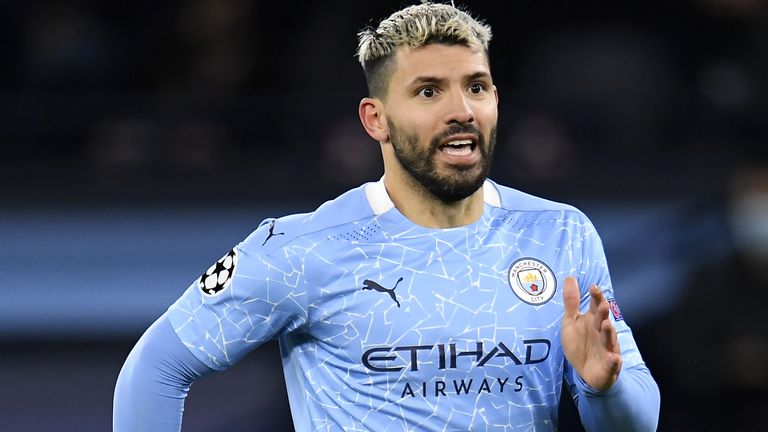 Barcelona hope they can sign Manchester City striker Sergio Aguero, and Bayern Munich defender David Alaba, on free transfers in the summer when the respective contracts of the Argentine and Austrian run out. (Mundo Deportivo, via Mail on Sunday)

Chelsea and Manchester United are monitoring France international Ousmane Dembele's contract situation at Barcelona, with the 23-year-old having 18 months left on his deal with the Nou Camp club. (Sport, via Metro)

Leicester City manager Brendan Rodgers is one of the names Chelsea could consider to become their manager if they decide to sack Frank Lampard. (Daily Star on Sunday)

Everton and Leicester City are interested in Southampton striker Danny Ings, who has 18 months left on his contract with the south-coast club. (90 Min)

Former Liverpool and Newcastle United boss Rafael Benitez would like a quick return to management after leaving Chinese side Dalian Professional, with Napoli and Roma interested in the Spaniard. (Sunday Times - subscription required)

Manchester United will make a decision on midfielder Jesse Lingard's future after their FA Cup tie with Liverpool, with Newcastle United, Sheffield United and West Brom keen to take the 28-year-old on loan. (Mail on Sunday)

West Ham have been linked with Morocco striker Youssef En-Nesyri but the 23-year-old says he will not be leaving Sevilla in January. (Estadio Deportivo, via Sport Witness)

The Hammers will try to sign 23-year-old Celtic striker Odsonne Edouard this month but the French forward would prefer to move to an established top-six side in the Premier League. (Daily Star on Sunday)

Aston Villa have restructured their offer for Marseille midfielder Morgan Sanson and are finalising a £15.5m move for the 26-year-old Frenchman. (Mail on Sunday)

Bayern Munich have started to make progress in contract talks with midfielder Jamal Musiala amid speculation that Liverpool and Manchester United are monitoring the England Under-21 international. (Goal)

Greece defender Sokratis Papastathopoulos, is set to join Italian side Lazio after having his contract at Arsenal terminated. (Gazzetta dello Sport, via Football Italia)