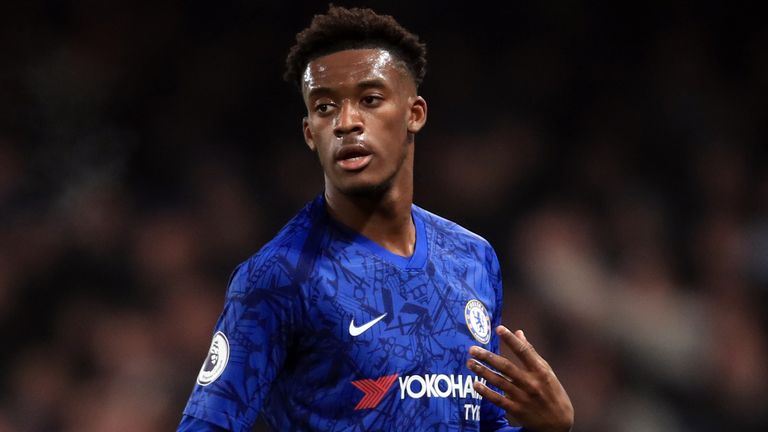 Bayern Munich will not chase Chelsea winger Callum Hudson-Odoi in the January transfer window, but the European champions continue to look at the 20-year-old as a long-term transfer target. (Goal)

Bayern Munich defender David Alaba, whose contract with the club expires next summer, is keen to move to Real Madrid but they face competition from Chelsea and PSG for the 28-year-old's signature. (Marca)

Ajax star Lisandro Martinez has been touted for a switch to Barcelona. (SPORT)

Manchester City and Manchester United are both expected to express an interest in signing Borussia Dortmund's striker Erling Braut Haaland, over the coming months. (Mail)

Edinson Cavani, turned down both Juventus and Inter Milan to join Manchester United on a free transfer in the summer. (Sun)

Tottenham midfielder Harry Winks, is ready to speak to club chairman Daniel Levy about concerns over his future and England place for next summer's European Championships. (Telegraph - subscription required)

Red Bull Salzburg's midfielder Dominik Szoboszlai, is set to turn his back on a move to Arsenal and instead join RB Leipzig in the January transfer window. (Sky Germany via Sky Sports)

Atletico Madrid's midfielder Koke, has spoken about how he would love to persuade Lionel Messi, to join from Barcelona, but admitted it would be difficult "for him to get out of there". (As)

Leicester and West Ham are on alert with reports midfielder Amadou Diawara, could be sold by Roma. (Leicester Mercury)

Leicester manager Brendan Rodgers has told winger Demarai Gray he has no future at the Foxes. (Mail)

Leeds winger Raphinha, admits he was disappointed by Rennes' decision to sell him to the Premier League side without his prior knowledge. (ESPN Brazil via Goal)

West Ham manager David Moyes has no plans to hand Declan Rice the captaincy on a permanent basis and Mark Noble will retain the armband despite his lack of game time. (Standard)

The �200m takeover of Premier League side Burnley by an American sports investment firm is set to be signed off next week. (Mail)