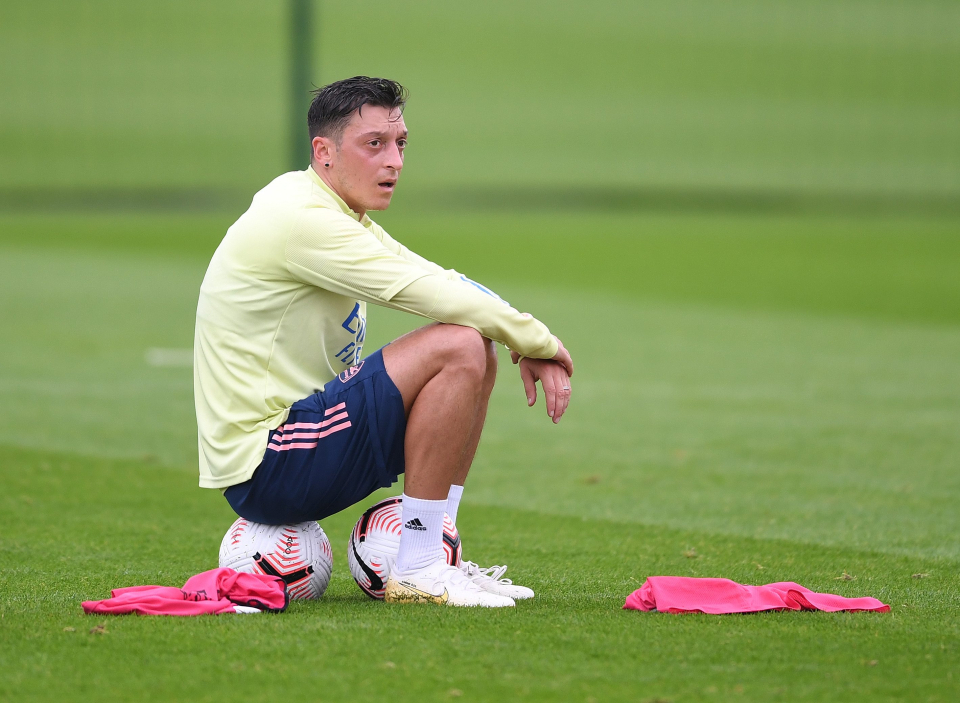 Paris St-Germain and Manchester City's hopes of signing Lionel Messi have been given a boost by Barcelona presidential candidate Emili Rousaud saying the Argentina forward's salary "is unsustainable" for the Spanish club beyond the end of his contract next summer. (AS - in Spanish)

PSG have told their club stores to be braced for the signing of Messi, 33, from Barcelona. (Football Transfers)

Rousaud wants to reunite Messi with Paris St-Germain's forward Neymar at the Spanish giants - but says Barca cannot afford to sign the 28-year-old before his contract expires in 2022. (AS - in Spanish)

There is "a real possibility" Messi will leave Barca to join PSG next summer, with France forward Kylian Mbappe, leaving the French champions for Real Madrid. (TalkSport)

Bayern Munich are ready to hand attacking midfielder Jamal Musiala, 17, a new deal worth more than £100,000 a week amid mounting Premier League interest in the England U21 international. (Mail)

Mesut Ozil's agent says the midfielder, wants to stay at Arsenal and see out the final six months of his contract - despite the club wanting him to leave in January. (Tuttomercato - in Italian)

Arsenal midfielder Lucas Torreira, is not thinking about cutting short his season-long loan deal at Atletico Madrid and returning to the Gunners in January, according to his agent. (Mirror)

Paris St-Germain are ready to negotiate a deal for Lyon's 22-year-old winger Houssem Aouar, who was an Arsenal target last summer. (RMC Sport, via Sun)

Tottenham manager Jose Mourinho says midfielder Harry Winks, will not be allowed to leave the club on loan in January. (Mirror)

AC Milan midfielder Hakan Calhanoglu, who has been linked with Manchester United, is close to agreeing a new contract with the Serie A side. (Tuttosport, via Football Italia)

Former Barcelona target Memphis Depay, is yet to make a decision about his future, with the Netherlands forward's Lyon contract expiring next summer. (Goal)

Leeds United are keeping tabs on Chelsea's defender Fikayo Tomori, with a view to a move for him in the January transfer window. (Football Insider)

Arsenal and Marseille are interested in signing midfielder Fabio Vieira, from Porto. (Record - in Portuguese)

Brighton striker Glenn Murray, could end his season-long loan at Watford early having made just one league start with the Championship club. (Football Insider)